The prestigious GEM Research Project was initiated in India by the N.S. Raghavan Centre for Entrepreneurial Learning (NSRCEL) at IIM-Bangalore in 2001. Following the successful accomplishment of GEM India research project 2001, it was again undertaken in 2002. Back then, the GEM Research model was in its nascent stage and the ‘Assessment of Entrepreneurial Activity’ in the country was a new concept. Prof. Mathew J. Manimala (NSRCEL-IIM-B) conducted GEM India survey during 2001 and 2002 under GEM Research Project; and delivered research work in the form of two annual reports.

Subsequently during 2006-08a team of Prof. I.M. Pandey, Prof. Ashutosh Bhupatkar and Prof. Janki Raman from the Pearl School of Business-Gurgaon conducted GEM India study. The surveys were conducted over three years and the data featured in GEM Global Report 2006, 2007 and 2008.However, the GEM India team could not publish the National Report during the same period. In the succeeding years (2008-2011)GEM India study was not undertaken. 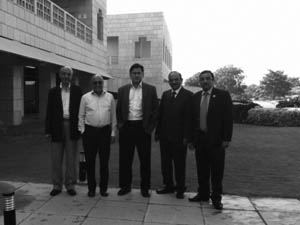 The Institutions signed an Memorandum of Understanding (MoU) and the ‘GEM India Plus’ consortium was formed on 2nd February, 2012 for research over 3 years, i.e. 2012 to 2015. All three partners unanimously agreed to nominate Entrepreneurship Development Institute of India - EDI (Gandhinagar) as the Lead Institution and Prof. Sunil Shukla (Director, EDI) as the Team Leader.

After three years, ‘GEM India Plus 2012-15’ consortium was reconstituted.

Three Institutions signed an MOU on 11th April 2015 at EDII-Gandhinagar for the next three annual GEM studies commencing from April 2015. The institutions agreed to fulfil GEM Annual Cycle and other obligations, in a time-bound manner, to suit GEM Global schedule.

The present ‘GEM India Team’ comprises Entrepreneurship Development Institute of India - EDII (Gandhinagar) and Centre for Entrepreneurship Development Madhya Pradesh-CEDMAP (Bhopal). The two Institutions signed an MOU on 19th March 2018 for the next three annual GEM studies commencing from April 2018. The institutions agreed to fulfil GEM Annual Cycle and other obligations, in a time-bound manner, to suit GEM Global schedule.

The present consortium also nominated EDII-Gandhinagar as the Lead Institution and the Secretariat of the GEM India Team. Prof. Sunil Shukla was designated as the National Team Leader.